Deals can be created in Highrise several different ways.

Add a deal from the main deals page 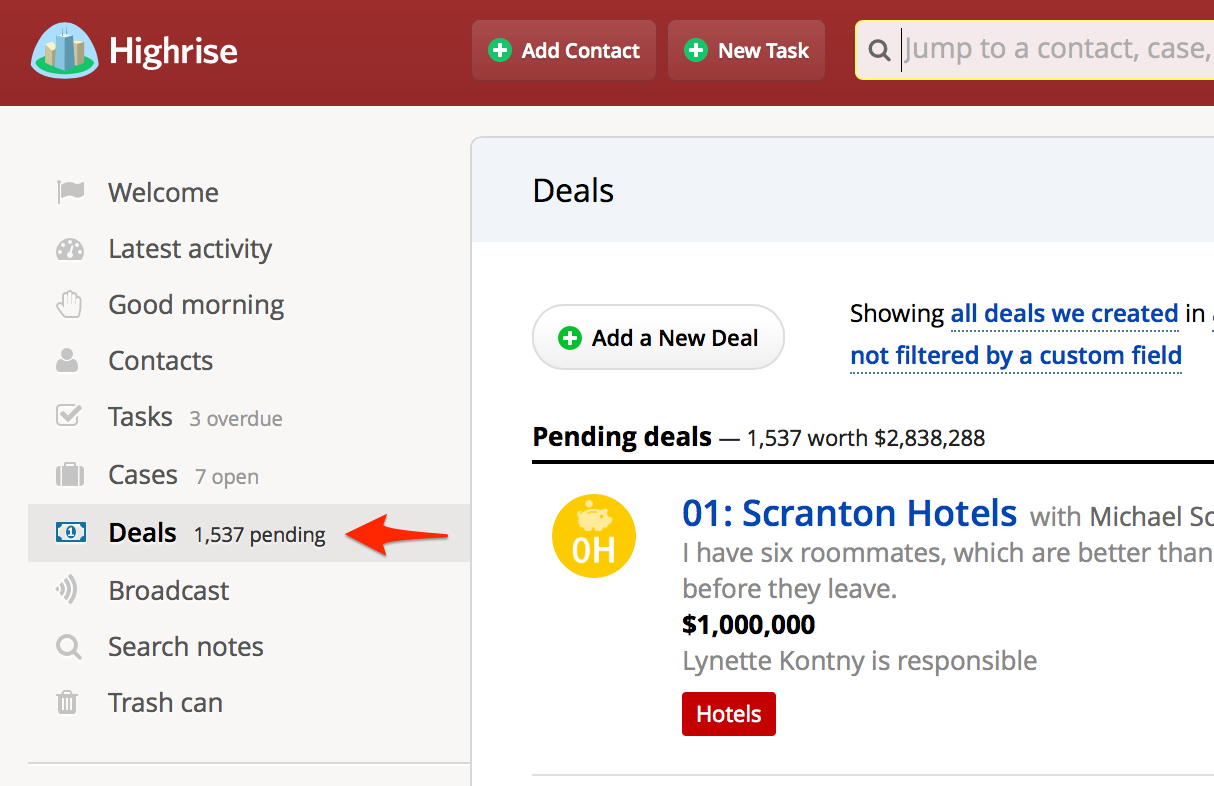 You can also add a deal directly from a contact's page. Click the  Deals tab and Add a New Deal. 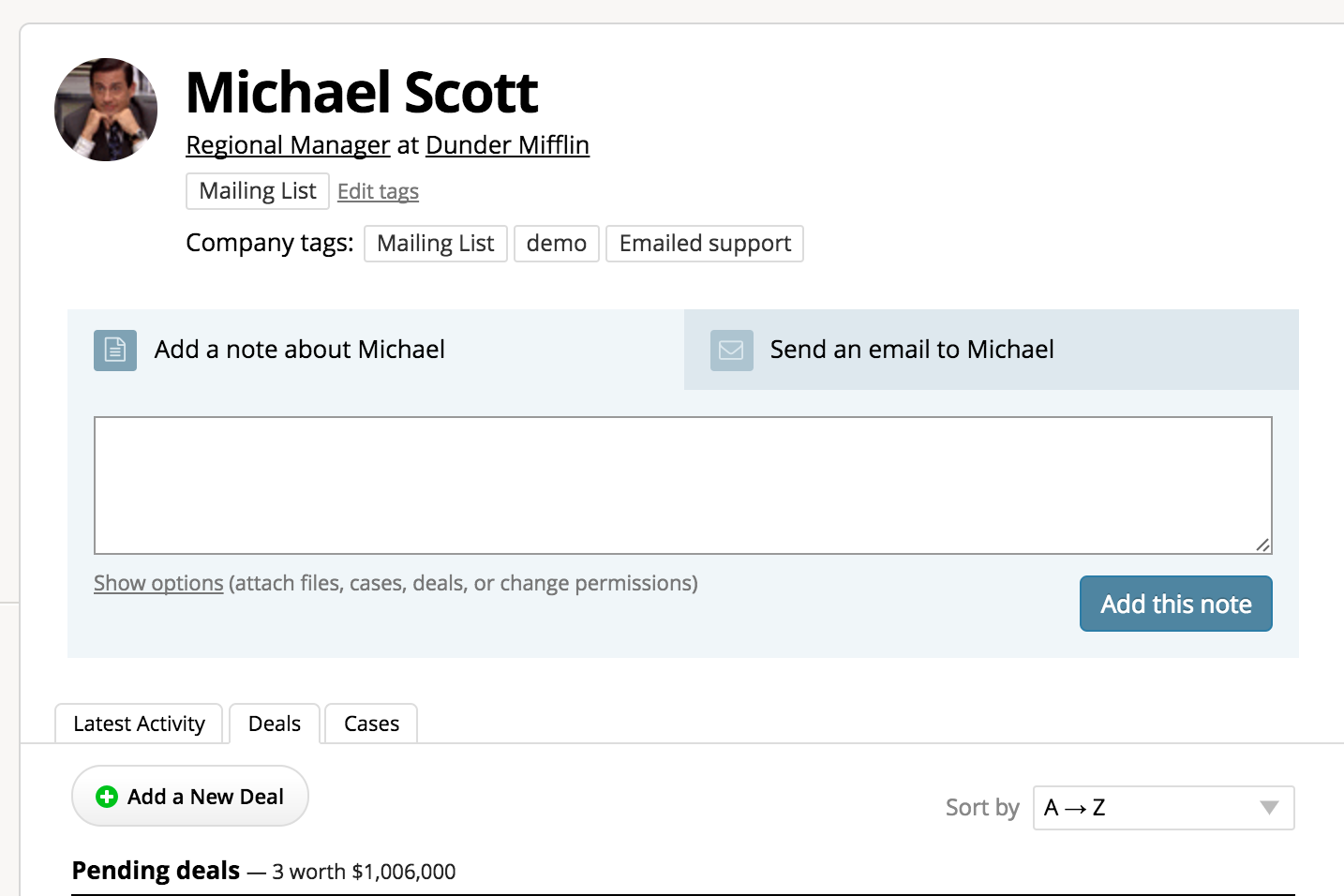 The contact will automatically be associated with the deal you create. 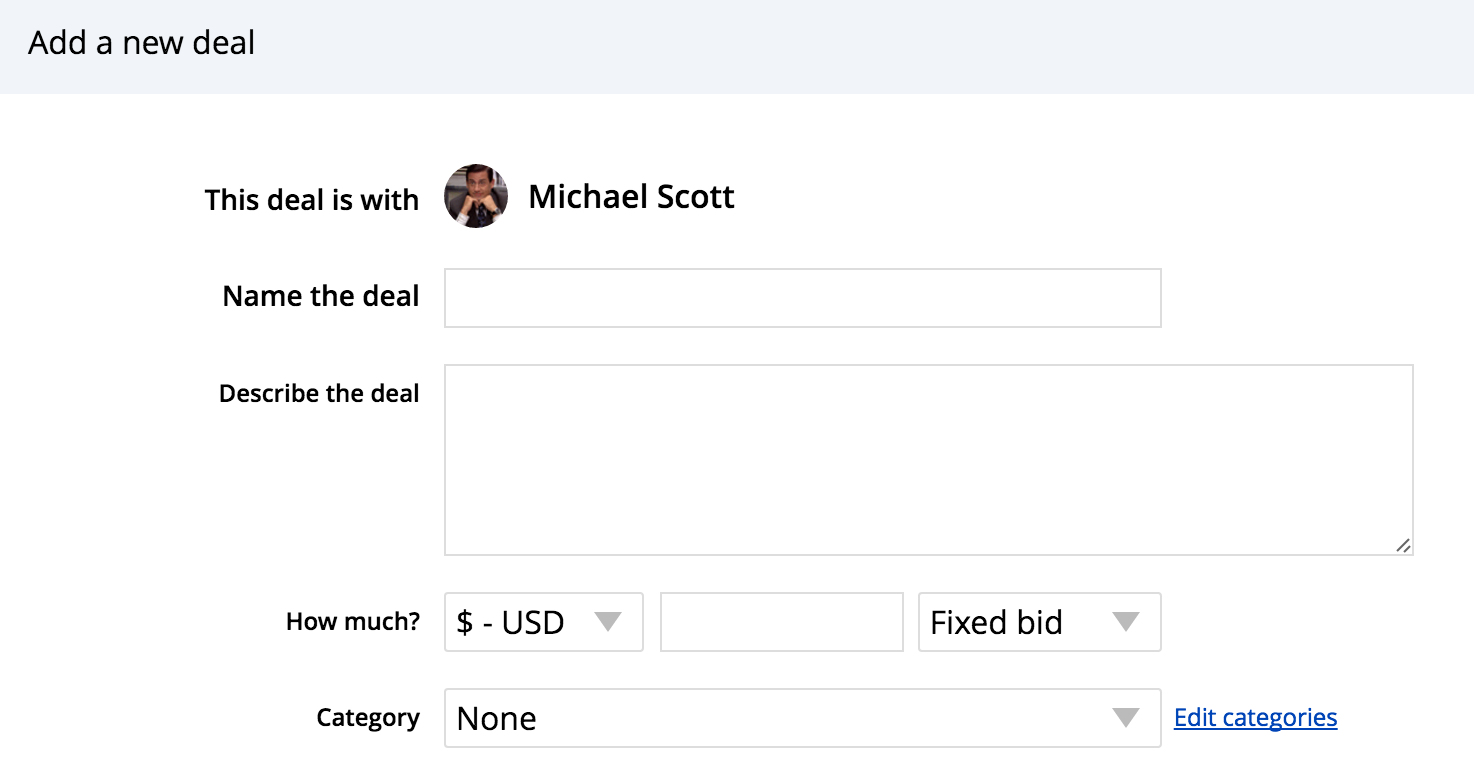 Add a deal by email

You can create deals via email by using your Highrise dropbox address. There are two ways to do that:

Forward an email directly to your dropbox address, and place the new deal directive in the body of the forwarded message.

Adding  /deal NEW DEAL to the email will create a new deal that includes the email you forwarded. You can replace NEW DEAL with whatever you want to name the deal you're creating. See an example.

You can CC/BCC your email to your dropbox address, just add +deal to it. For example:

A new deal will get created using the subject of the email as the deal name.

You can also use autoforwarding rules to forward emails to dropbox+deal@ and new deals will created for each email automatically.

You can add a variety of details to each deal you create. 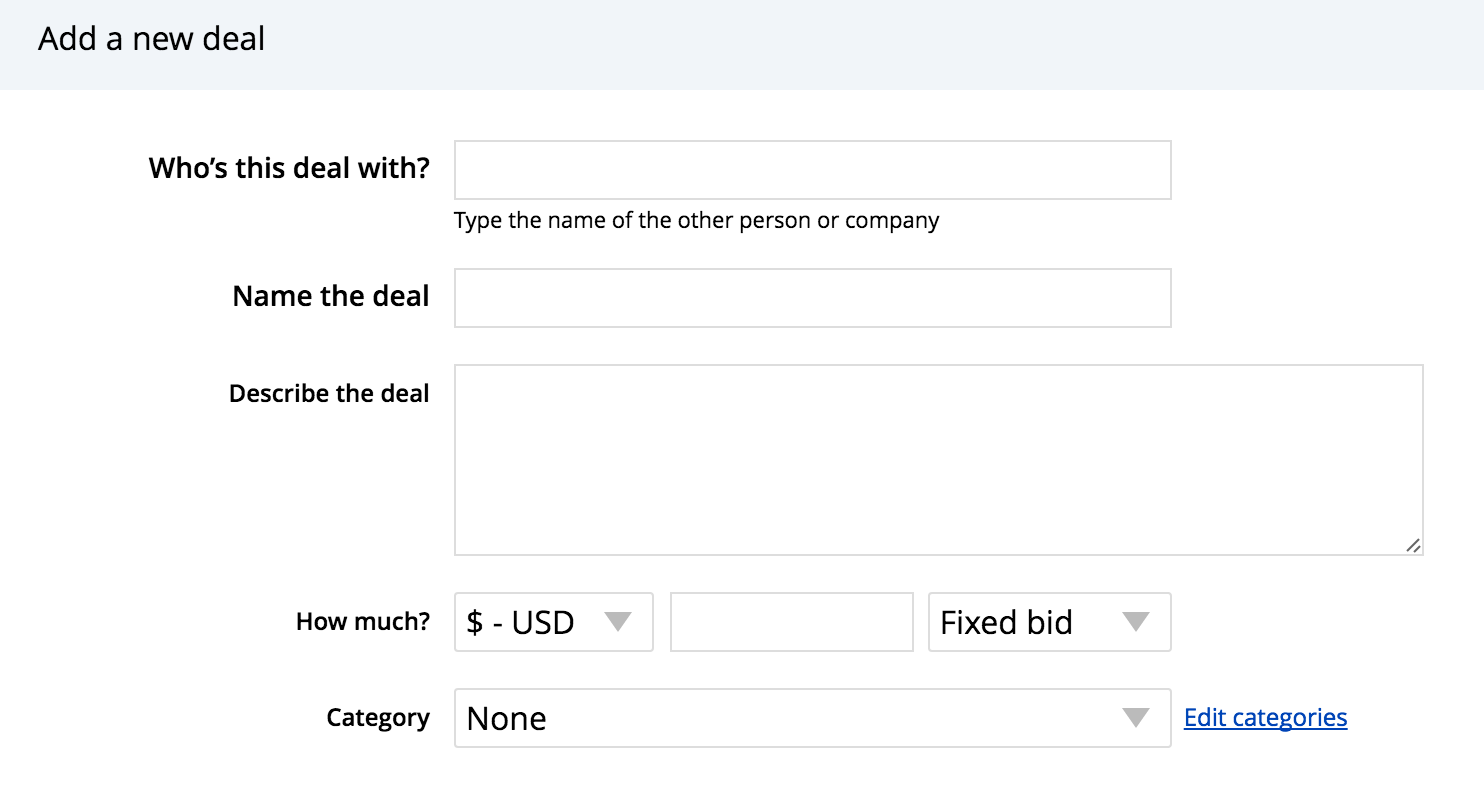 Who's the Deal with?

This field lets you specify the contact the deal is with by searching for a company or person in Highrise. A deal can only be with one contact.

Provide a name that indicates what your deal is about.

Write a short description about the deal. This will appear on the sidebar of the deal page.

Add a price and specify the currency of the deal. Options include a fixed bid, per hour, per month, or per year.

Select a category for a deal or leave it blank. Read more about deal categories.

Who's Responsible for the deal?

All deals must be tied to an existing user in your account. Select a user from the menu.

Only one person can be responsible for a deal.

Who can see this deal?

Each deal has its own permissions.